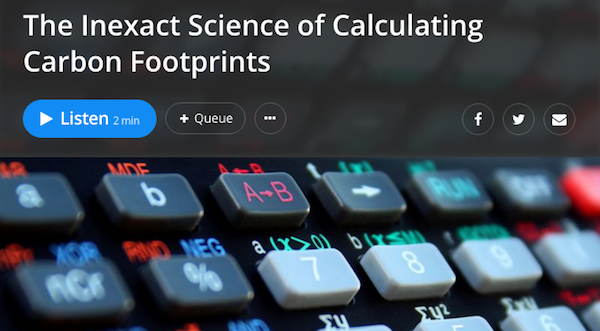 Posted at h in travel news by 0 Comments
0 Likes

Under the climate treaty approved in Paris this month., almost every nation has agreed to limit its greenhouse gas emissions. In the United States, the average carbon footprint per capita is one of the highest in the world, at about 17 metric tons, according to The World Bank.

Several organizations offer free online calculators that let you figure out your individual or household emissions, but results differs from one to another depending on what each one takes into account. Here are a few notable ones:

See the article, “6 Ways to Shrink Your Carbon Footprint,” and tweet out how many you already do.