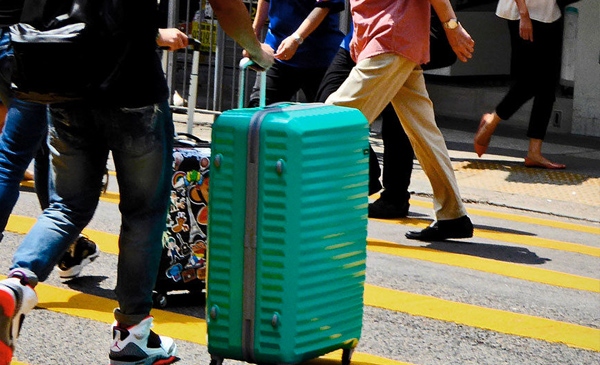 Posted at h in Air, Airlines, airports by 0 Comments
0 Likes

AMERICAN AIRLINES ADDS ONLINE TRACKING FOR CHECKED BAGS—SO YOU CAN WATCH YOUR SUITCASE FROM START TO FINISH.

Frequent fliers of American Airlines can bid adieu to hour-long waits at baggage claim: The airline recently introduced a tracking service on its website, through which customers can track their bag as it makes its way from check-in counter all the way to baggage carousel.

If you’ve ever found yourself waiting at baggage claim to no avail—only to realize your bag is still stuck in transit or at another airport—a luggage tracker could flag the issue and send you to the lost-bag counter immediately. “It’s something our customers have been asking for a really long time, and we’re excited to make this available to them,” American Airlines spokeswoman Laura Nedbal told the Chicago Tribune.

The World’s Top 10 Most Innovative Companies In Travel
Checked baggage is scanned and recorded at six different points during a trip—when it is loaded and unloaded from an airplane, for example. To use the luggage tracker, head to AA.com/baggage, click on “track your bags,” and use your last name, record locator, or bag tag to monitor your suitcase. American Airlines has yet to add the feature to its mobile app, but it is available on the mobile version of the airline’s website.

While new to American Airlines, baggage-tracking services are already provided on other airlines like Delta Air Lines and U.S. Airways. (The latter is currently in the midst of a merger with American Airlines.) The airline rolled out its tracker on August 21, but took time to announce it publicly so it could iron out any glitches and allow its employees to adjust to new scanning procedures.

As airlines agree to shrink the size of carry-on bags, an increasing number of travelers may be forced to check their bags; with that comes the prospect of more lost luggage, making baggage trackers all the more necessary.