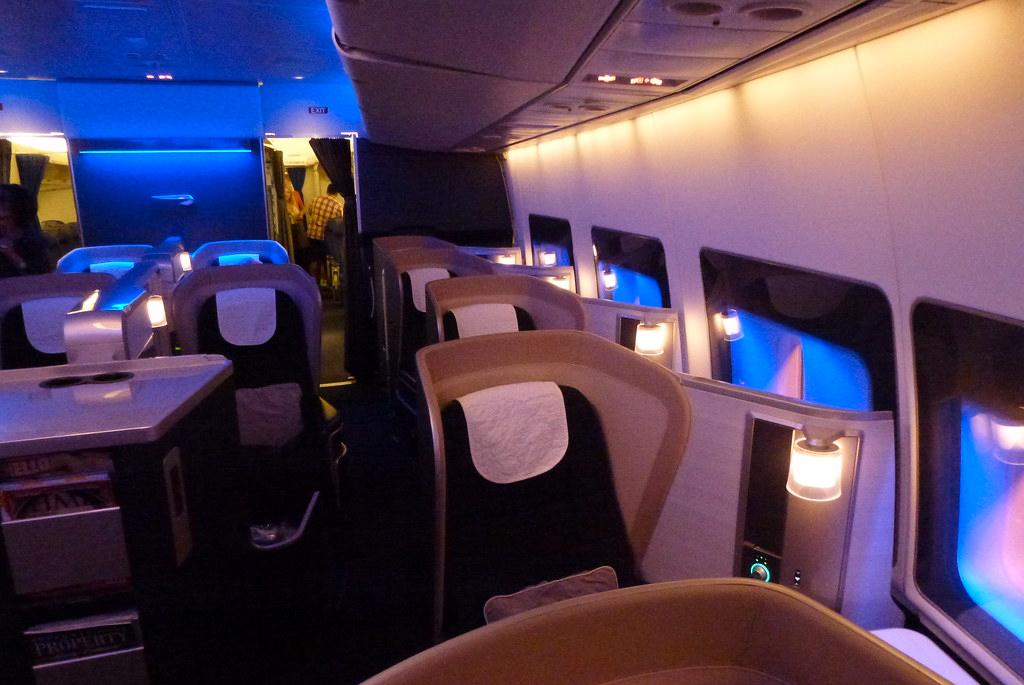 It was about two months before Matt Nevans’ flight when he received the mysterious, apologetic email: the first-class seat he had picked for his Thai Airways flight to Tokyo had been changed from 1E to 3A. The reason? The former was required by a princess from the country’s royal family.

Nevans, a 33-year-old from Washington, D.C., who travels regularly for his job, took it for a prank. “The initial thought was: man, one of my friends is screwing with me here.” When he checked, though, the airline apologized profusely and confirmed the switch. Sure enough, on the day of that flight, sitting in 3A, he watched as the flight attendants formed a reception line. Moments before the door closed, they bowed as the princess appeared. “She looked very Hollywood-ish, lots of gold,” Nevans recalls.

His experience might sound unlikely—and probably caused him more amusement than inconvenience—but seat reallocation is commonplace on a plane. When an airline changes your seat, it could be for a multitude of reasons. Mechanical problems or weather delays might force an airline to swap out one aircraft for another, a passenger might be moved to make way for a deadheading crew member, or a seat change could also be to accommodate a disabled passenger: certain seats on any aircraft are designated A.D.A.-friendly, often those in front of the bulkhead wall.

“You could be moved for, quite literally, any reason,” says Bobby Laurie, the flight attendant and travel expert. “Even though you’ve selected that seat, it’s not yours.”
Whatever the airline’s reason for ejecting you from your chosen seat, what rights do fliers have? Per the fine print on any ticket, absolutely none, says Christian Nielsen, Chief Legal Officer of AirHelp. ”When you buy a flight ticket, you actually buy transportation from A to B, not a particular seat in the aircraft, even if you pay extra to choose your own seat,” he says. “There is no situation where you are absolutely guaranteed.” Nielsen says that most airlines will try to move fliers to an equal or better seat if forced to reorganize the cabin, though it isn’t always possible on busy flights. If you’ve paid for extra leg room, for instance, and are moved to a standard berth in economy, expect a refund. Keep both boarding passes if the change happens at the gate or take the name of the in-flight supervisor if the reseating takes place once onboard. In the former case, if you’re unsatisfied with the new seat, ask the gate agent if a better seat is available on an alternative flight to the destination that day.

Fliers’ rights are far stronger when they’re denied a seat entirely, rather than moved within the cabin. You can expect compensation of up to 400 percent of your ticket price (capped to $1,350) if the alternative seat on another flight delivers you to your destination more than two hours after your original scheduled arrival. AirHelp’s Nielsen does caution that these regulations are applicable in North America, but do not apply worldwide—in China, for instance, even denied boarding does not guarantee automatic compensation, so check the contract of carriage for each ticket.

Even though you’re not legally entitled to redress after being reseated, Laurie says that most in-flight staffers will attempt to offset the inconvenience. “If there are no first-class seats to move you to, you might well have the luxury of a first-class experience,” he says. “Flight attendants might not be able to issue you a refund, but they’re going to try to sweeten the deal.” They will make that apology manifest in the form of free movies, meals, drinks—or even all three, especially for cooperative, polite passengers. He recalls one well-known jewelry designer whom he asked to move from her prime perch to accommodate a family; she ended up in the back row of the economy cabin. She didn’t scowl, though. Instead, she spent most of the flight standing to chat in the galley with staff, nursing a cocktail, and showing her designs to folks waiting for the bathroom.

Laurie was lucky. Moving premium passengers is often a challenge, as few will downgrade from first class without a struggle. But take solace if you’re ever forcibly bumped from the front of the plane, and staffers refuse to provide a clear explanation as to why, but instead, simply offer a full refund. This confusing situation is a sign you’re on an extra-safe flight: air marshals, deployed to protect the cockpit, will be seated there, often at a moment’s notice to the airline before take-off.