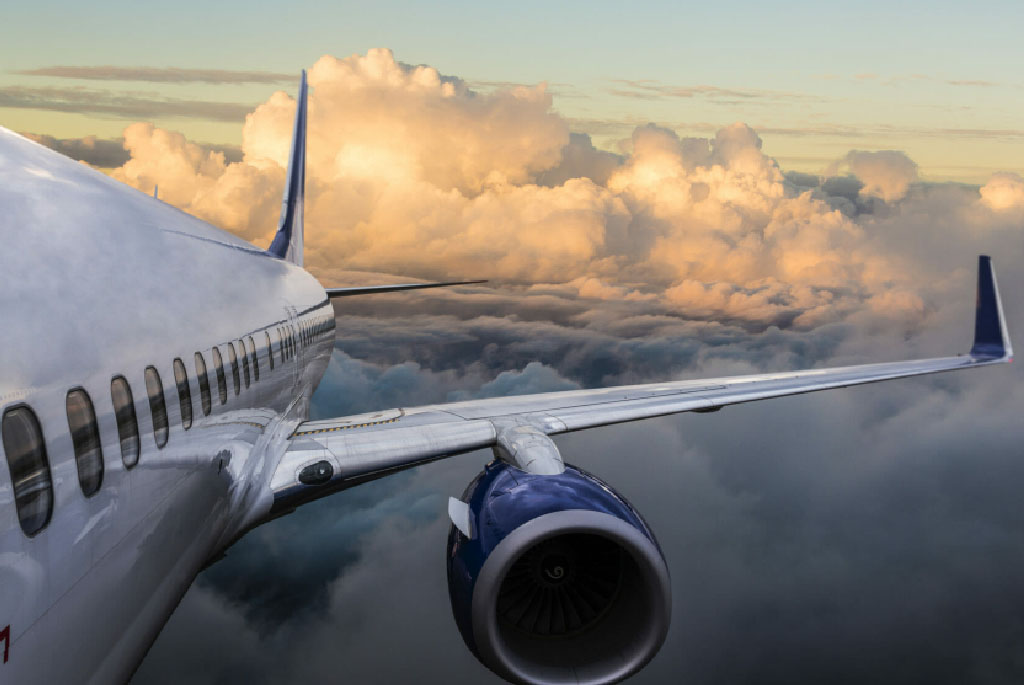 Reports of critical, turbulence-related injuries are enough to whip travelers into a panic, but don’t cancel your next flight just yet. We spoke to a number of pilots and aviation experts to get the facts about what causes turbulence—and how you can handle it.

Despite the discomfort—and fear—it induces, turbulence is essentially just a “rough patch” caused by wind, thunderstorms, the jet stream, proximity to mountains, and other factors. For travelers it’s an unpredictable foe, like a sudden pothole in the road or summer storm, but it’s so common we try (very) hard to tell ourselves “This, too, shall pass.” Still, stories like this always make us cringe: In February, three passengers on a Delta flight were sent to the hospital after turbulence forced an emergency landing in Nevada, reports NBC. In June 2018, a Qantas plane “nosedived” because of turbulence from another plane. And then there’s this charming video of a descending plane being “banged to its limits.”
Sure, it’s terrifying stuff—but don’t cancel your next flight just yet. We spoke to a number of pilots and aviation experts to get the facts about turbulence-related injuries and what’s really happening when your plane is tossing violently. (Spoiler alert: It doesn’t mean the plane’s about to crash.)

1. Generally, turbulence is quite harmless.
Turbulence is relatively common and usually harmless, but that doesn’t stop it from being any less uncomfortable mid-air, and mid-moment. There are varying degrees (and types) of turbulence caused by any number of factors: think upward and downward currents from thunderclouds, thermal currents, or clear air turbulence from rapidly changing wind speed or direction. (More on that later.)

2. Turbulence-related injuries do happen—but rarely.
The Federal Aviation Administration says approximately 58 fliers are injured by turbulence each year. Two-thirds of that number are flight attendants or passengers not wearing seat belts when the bumps hit, which means that about 20 passengers—out of the 800 million who fly each year in the United States—are injured due to turbulence. And that usually happens at or above 30,000 feet.

3. Pilots know when it’s going to happen.
In many cases, pilots know of turbulent conditions ahead and can turn on the seatbelt sign as the plane approaches it. Pilots are also aided by pre-flight weather reports, cockpit radar, and reports from other planes in the area.

4. Clear air turbulence, however, is a different story.
Clear air turbulence is the most dangerous kind, as it occurs in cloudless skies with perfect visibility—so oncoming turbulence cannot be picked up by weather radar. This leaves little to no time for the flight crew to warn passengers to return to their seats and buckle up. Unsurprisingly, most turbulence-related injuries are due to clear air turbulence. 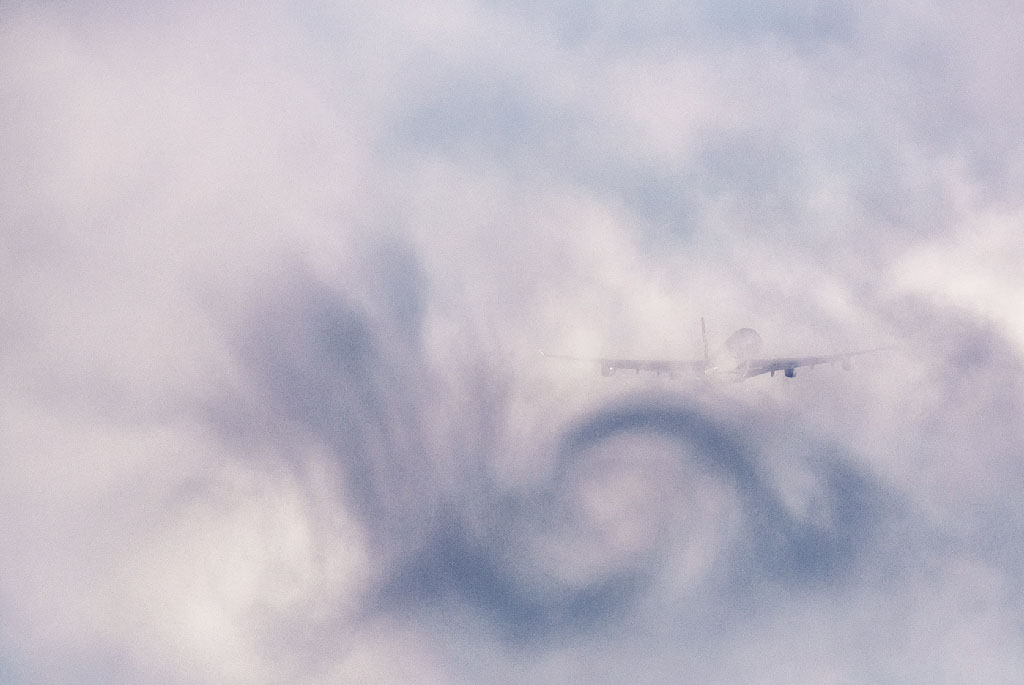 5. Clear air turbulence is on the rise.
According to scientists, the amount of extreme clear air turbulence affecting flights could more than double by the middle of the century due to global warming. So brace yourself for more bumpy flights.

6. Turbulence won’t cause your plane to crash.
Though it might feel like it, no matter how severe the turbulence is, the actual safety of the aircraft is rarely in question. “Planes are engineered to take a remarkable amount of punishment,” points out Patrick Smith, the writer behind Ask the Pilot and author of the recent book Cockpit Confidential.

7. Pilots are trained to deal with it.
To prevent turbulence, pilots carefully study the weather patterns, plan ahead, and choose the best route before every flight. When turbulence is unavoidable, the good ones, like Sully Sullenberger, know how to placate anxious passengers.

8. The seatbelt sign is worth obeying. Really.
Due to the rise of clear air turbulence, the only sure-fire way of preventing turbulence-related injuries is to keep your seatbelt fastened whenever the sign is illuminated. Simple but effective.

9. Car seats work for airplanes, too.
Lap children are the most vulnerable to turbulence-related injuries: Violent motion could make the kid fly out of your arms. In fact, an infant girl a United flight was dislodged from her parent’s lap by the violent shaking of the aircraft—and landed on another passenger several rows away (the baby was surprisingly unharmed). The National Transportation Safety Board has long called for requirements that infants be strapped into an airline-approved car seat.

11. But in the meantime, there are a few tricks to try.
The best way to ride out air turbulence might be to bring on the bouncing: “I bounce in my seat without connection to the structure of the plane, or items fixed to it, and the more abrupt jolts of turbulence seem less severe,” writes Drescher. Another solution, from Captain Ron Nielsen, a pilot and 40-year veteran of the airline industry who teaches fear of flying classes, is to disrupt your thinking: “Put a pen in the opposite hand than what you normally use, and write your name,” he said. “It first causes [the passenger] to focus extra-hard on what she’s doing, because she doesn’t normally write with her other hand. And the second thing is, it’s actually crossing over her motor function in her brain, using the other side of her brain from what she would normally do.”