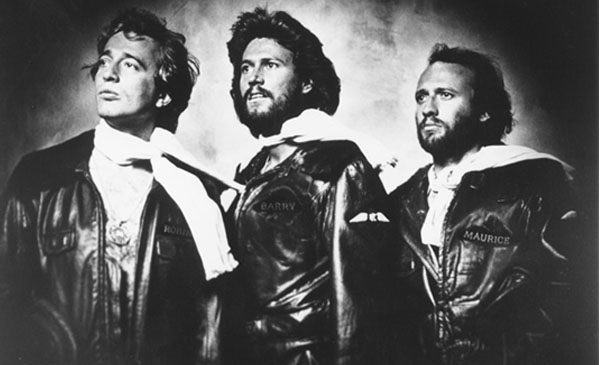 One day in 1968, members of the BeeGees were flying aboard a British Airways Vickers Viscount plane, listening closely to the aircraft noise inside the cabin. “It was one of those old four-engine ‘prop’ jobs’ that seemed to drone the passenger into a sort of hypnotic trance, only with this it was different,” the late singer Robin Gibb once said in a BeeGees anthology. “The droning, after a while, appeared to take the form of a tune, which mysteriously sounded like a church choir.” According to Gibb, it inspired one of the band’s most famous songs, I Started A Joke.

Are there ways to get some peace from that incessant droning sound during your flight? Plane manufacturers are working to tackle it, there may be a few noise-avoidance tricks that passengers can use too.

For most passengers though, aircraft noise is more likely to be a pain than a source of inspiration. Despite great advances in aviation, if the engines are whirring, the wind is whizzing and the air conditioning is pumping, it’s still pretty noisy inside passenger jets. Could new technology help? And are there any tricks passengers can use to avoid noise?

The noise during a typical plane journey can vary significantly. Take-off and landing are the loudest moments, when noise levels inside the cabin can reach 105 decibels (dB). At cruising altitudes, noise drops to around 85 dB, says Pamela Mason of the American Speech-Language-Hearing Association (ASHA). Long exposure to 85 dB can cause temporary hearing problems. “Many people notice tinnitus – ringing in the ear – following a long flight, an early symptom of noise damage,” says Mason. And if noise goes higher than 90 dB for eight or more hours per day, it may lead to permanent hearing loss, warns the US Federal Aviation Authority (FAA). On older aircraft, or towards the back of a plane, noise levels can often get close to this threshold.

Aircraft manufacturers and airlines recognise the issue, and try to reduce the noise inside cabins. But it’s far from straightforward, because some noise reduction techniques – such as adding thick insulation to the cabin walls – can add weight, which increases fuel consumption. So what are engineers doing to tackle the problem?

One of the main sources of noise is wind. So during the design phase of modern aircraft, computational tools model the aerodynamics of the aeroplane to highlight areas of high airflow that are likely to increase cabin noise. This allows engineers to reshape their designs, says Alan Pardoe, director of product marketing at Airbus. Such techniques, he says, helped the double-decker Airbus A380 plane to be recognized by the UK Noise Abatement Society as the quietest jet airliner on the market.

Others are recording the sounds made by prototype aircraft to inform redesigns. For example, the Innovative Technology Applications Company in Chesterfield, Missouri is researching the use of arrays of microphones to identify and eliminate sources of noise.

Beyond that, there are various noise-reduction technologies now emerging. Adding vibration-absorbing materials can dissipate energy in the fuselage, for starters. “If we can reduce the amount of vibration, we are reducing noise,” says Brian Joyal, business development manager at 3M Aerospace, a Saint Paul, Minnesota-based company that provides aircraft interior design. Insulation materials absorb the airborne sound energy, and sound barriers redirect it away from the cabin. For example, French rubber specialist Smac Aero, based in Toulon, makes an insulating material called a SmacBarrier, which decreases the sound transmission around windows, a well as flooring and ceiling panels (see video, below).

On private jets, extra cash and fewer qualms about fuel efficiency means extra sound insulation, with more glass on the windows, sound-absorbent suede leather ceiling panels and redesigned air conditioning systems. Such customisation can bring the decibel level down below 50 db, much quieter than on passenger planes.

Engines are also a major source of noise, but they are getting gradually quieter. “A jet aeroplane used to be just that – a big jet engine on either side producing huge amounts of noise,” says Pardoe. But on newer planes, the engine compartments are much bigger, and so are the fans in the front. “It allows the fans to turn slower and be less noisy,” he explains. This year, Airbus will be installing a new generation of engines with much bigger fans on its A320 fleet, so “these planes will be significantly quieter that even the ones we’re building today,” he adds.

Another trick is using chevrons – scalloped edges – on the engine exhaust nozzle, to help muffle engine noise at the source, according to Mahendra Joshi, Boeing’s chief engineer for noise, vibration and emissions.

Airbus is even trying to quieten the air conditioning, by designing the contours of the cabin so that it doesn’t interfere with the air flow, allowing it to circulate freely. “This way, you don’t need to force the air into the cabin so hard, the velocity is lower and there’s less noise,” says Pardoe.

Yet is there anything a passenger can do, apart from wearing ear-plugs or noise-cancelling headphones?

In 2006, Kurtulus Ozcan and Semih Nemlioglu of Istanbul University decided to find out if your choice of seat can make a difference. The researchers recorded the sounds at various locations inside two single-aisle Airbus A321 jet passenger planes, during domestic flights of around 1,000km (620 miles) long. They found that window seats were 4 dB noisier than the middle and aisle seats. And seats forward of the engines were also generally quieter than those on top or behind them.

Flyers can ask for suggestions before booking a flight to avoid the more uncomfortable places to sit on the aircraft.

On the other hand, could all this lead to aircraft becoming too quiet for passengers? After all, some may argue that “white noise” is better than the amplified sound of people chatting, babies crying and toilet doors banging. 3M Aerospace’s Joyal reckons that engineers in future are likely to focus on sound quality instead of just noise reduction. “This is what the automotive industry went through about 20 years ago – it began to look at not only the noise level but also the noise spectrum. So I think we will see jets that ‘sound’ better in the future that may not necessarily be quieter.”

It’s less certain, however, whether such harmonic tweaking would be quite so inspirational to the BeeGees.