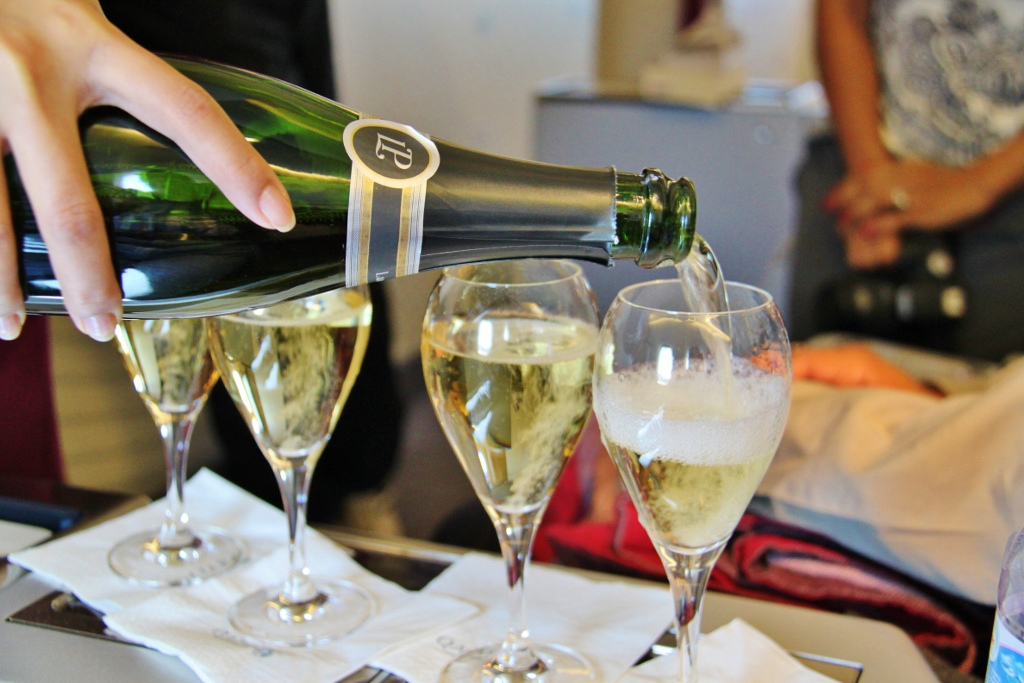 There are frivolous lawsuits, and then there’s this. Earlier this year, a Quebec man named Daniel Macduff booked an outgoing flight to Cuba on Canadian airline Sunwing. As part of its package, Sunwing promised a complimentary on-board Champagne toast, per the BBC. Like any good connoisseur of bubbly, Daniel Macduff knows that for a sparkling wine to be labeled “Champagne,” it must be produced in Champagne, France. But Champagne from Champagne Daniel Macduff did not receive. Instead, he was served a “sparkling wine” of more humble origins that could not, in good faith, be called Champagne.
And so, he sued.

The class-action lawsuit now has the support of around 1,600 other presumably outraged Champagne purists, who have signed on as potential plaintiffs, the National Post reports. According to the paper, Macduff’s lawyer says the suit is less about the discernible differences in terroir of Champagne versus that of its impostors than it is about false advertising.
“You have to go beyond the pettiness of the [wine cost] per head,” he said Tuesday, according to the Post. “What’s important is you’re trying to lure consumers by marketing something, and you’re not giving them that something… It’s a dishonest practice.”