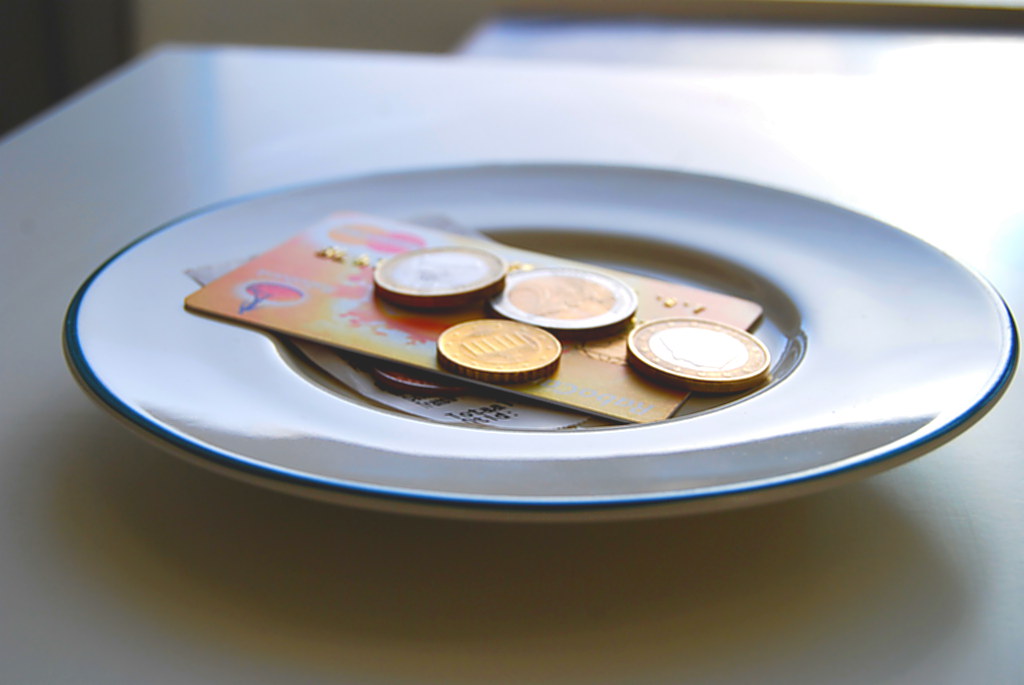 Posted at h in Land, travel etiquette by 0 Comments
0 Likes

There are 196 countries in the world and they all have different tipping practices. Should you leave your spare change? Tack on 20 percent? Leave a few Euros on the table? Gratuities around the globe can be a real head-scratcher. Don’t wait until you’ve already ordered and plowed through your tapas in Madrid or devoured your flat white and lamington in Sydney to figure out whether or not you should leave a tip. Instead, do a little pre-mealtime research—this guide can help.

A good rule of thumb no matter where you are is to try and pay your tip in cash. When you tip on your credit card, that kindly server who didn’t charge you the split plate fee, may not see all of your generous tip. Plus, some restaurants may not be equipped to accept gratuities via credit cards. Instead, hand a cash tip directly to the server. Also, be sure to tip in the currency of the country you are visiting. Dollars may be worth more, but they aren’t necessarily a server’s currency of choice.

Here’s a handy guide to tipping etiquette by country according to Trip Advisor’s 25 most popular places in the world.

Buenos Aires, Argentina
After you’ve cleaned the last dot of chimichurri off of your plate, ordered the dulce de leche, and asked for the check, remember that it is customary to add a 10-15 percent tip, according to Trip Advisor. Gratuities should be made in cash whenever possible.

Sydney, Australia
Wait staff in Australia are paid a livable wage, so they don’t need customers to prop up their paychecks. That means, they don’t expect tips, but according to Australia’s Traveller site, you can if you want to. If you receive excellent service, there’s no harm in rounding up the bill or leaving a few extra dollars. Same goes for taxis: Tips are not expected, but always appreciated.

Prague, Czech Republic
If you’ve just finished your coffee and cake at Café Slav or polished off your sandwich at Grand Café Orient, according to Prague’s national travel site, your next step should always be to check the bill to see if service was included. If not, tip between 10 and 15 percent. Tips are not expected, but are becoming standard—especially in tourist areas. In taxis, there’s no need to tip on a flat fare that was agreed upon in advance. Otherwise, round up or add 10 percent to the bill.

Dubai, UAE
Before you pay the bill in Dubai, check to see if service charge has been added. According to Business Insider, a 10 percent service charge is typical at hotels, restaurants, and bars.

Paris, France
As anyone who studied high school French knows, the words “service compris” mean that service is included. That phrase appears on most restaurant bills in France, meaning you don’t need to tip. However, most people leave change or round up a little on the bill. As any French 101 student can also tell you, the French word for “tip” is “pourboire,” which literally translates to “to have a drink.” As The Guardian points out, French waiters are paid a minimal wage and your tips let them have money for a few glasses of Pernod or vin blanc.

Rome, Italy
Tips are not expected in Italy, but are seen as magna and who doesn’t want to seem generous? Typically leave a few Euros on the table, but not more than 10 percent of the total. Before you tip, though, scan the bill to see if the restaurant has already charged you for service typically listed as “coperto,” or a cover charge, which is common in restaurants in tourist areas, according to The Guardian.

Tokyo, Japan
For the most part, the Japanese keep it simple—don’t tip whether you’re at a restaurant, bar, or ramen shop. Good service is simply part of Japanese life. That said, according to Rocket News 24, there is an alternate (and somewhat complicated) tipping system in Japan that involves some advanced level protocol where staff at ryokens are given a small sum in advance of service. Try at your own risk!

Marrakech, Morocco
The streets of Marrakech are filled with restaurants offering steaming pastillas, bowls of b’ssara, delicate briouate, and the little deep fried potato balls known as makouda. Try them all and when you pay the bill, tack on an additional 5-10 percent to your restaurant bill to give your servers, according to Business Insider. They also mention that hotel porters should get $1 a bag and to round up the fare for taxi drivers.

Playa del Carmen, Mexico
Whether you want to blame NAFTA or tourists, when it comes to tipping, Mexico has fallen under the sway of the U.S. It’s now customary to leave about 10-15 percent of the bill at restaurants. At bars and casual road side taco stands, you can get away with less, but as Thrillist notes, it’s worth keeping in mind that the minimum wage is under $5/day, so it can’t hurt to be generous.

Barcelona, Spain
Service is typically included in restaurant bills in Spain, and there’s no need to leave an additional tip. However, if the service is particularly good or you’re feeling generous, add 10 percent to the bill in a high-end establishment, or simply leave your change or round up to the nearest Euro in more casual spots. In bars, there’s no need to tip at all.

Cape Town, South Africa
Like in much of the world, diners taking advantage of Cape Town’s vibrant food scene typically add a 10-15 percent tip to their restaurant bills. According to South Africa’s national website, hotel porters usually receive R10 to R20 per bag (that averages to about $1 a bag) and it’s customary to round-up the fare for taxi drivers.

Bangkok, Thailand
It’s not necessary to tip in restaurants Thailand, however like in much of the world, it’s customary to leave a few baht on the table. That said, tips are always appreciated and happily accepted. According to Trip Advisor, give a few baht to porters and round up the fare in taxis.

London, United Kingdom
After a meal in England, Scotland, Wales, or Ireland, the first order of business is to inspect the bill to see if service has already been included. If not, add between 10 and 15 percent to the bill (or more if the service is particularly good) according to The Guardian. There’s no need to tip in pubs, though, so if you are feeling skint, as the Brits say, stick to picking up lunch in a bar.

Hong Kong, China
Tipping has never been part of life in China. Whether you’re eating fried buns from a street vendor in Shanghai or dining in style at Heritage in Beijing’s Wanda Plaza, tipping is simply not necessary. However, as NPR notes, there is a quirky new tipping trend taking hold at hip restaurants that might mean gratuities are in China’s future.

Lisbon, Portugal
Lisbon Guide says that guest should tip around five percent at coffee shops and 10 percent in restaurants, basically leaving more when there has been more service. (So, if you’re dining at Lisbon standouts Belcanto or A Travessa, tip on the higher end of the scale.) If you’re in a tourist-heavy area, check the bill to see if service has already been added. No need to tip cab drivers, but it’s always appreciated if you round up the fare.

Hanoi, Vietnam
Whether you’ve just polished off a plate of housemade tofu at Cuc Gach Quan in Ho Chi Minh City or grabbing a cup of coffee at Hanoi’s Café Nang, be prepared to tip. Leave five to 10 percent on your restaurant bill, according to Business Insider. There’s no need to tip hotel porters or taxi drivers, but feel free to leave change.

Istanbul, Turkey
Tips (or bahşiş in Turkish) are not necessary in inexpensive establishments around Istanbul, but they are always appreciated. In higher end spots or restaurants in tourist-heavy areas like Sultanahmet (the Old City), tips of about 10 or 15 percent are expected. Turkey Travel Planner warns that you usually cannot include the tip on a credit card charge. Instead, hand your server their tip in cash (Turkish lira, not American dollars).

New York City
While New York City feels like a world unto itself, it’s (still) part of the United States. That means that whether you’re dining at a Thai restaurant in Queens, an Italian joint in Staten Island, eating Pakistani food in Hell’s Kitchen, or downing Hong Kong-style dumplings in Chinatown, you’ll still need to tip 15-20 percent on your bill, as per custom. As for taxi drivers, the new credit card payment systems in cabs make it hard to pay less than 15 percent.

Budapest, Hungary
Like much of the world, it’s typical to tack on 10-15 percent to your bill for good service. Restaurants in busy areas of the city tend to include service on their bills, though, so it’s always worth checking. According to Visit Budapest’s website, it’s recommended to tip both gas station attendants and public washroom attendants between 100-200 Forint, which is equivalent to 33-66 U.S. cents.

St. Petersburg, Russia
Tipping in Russia has always been optional, but appreciated. As the country becomes more Westernized, it’s slowly becoming more expected, at least according to the Moscow Times. Most people leave a 10 to 15 percent tip at sit-down restaurants, while coffee or a quick sandwich at a café might merit rounding up the bill. Remember that all tips must be in cash, as credit cards aren’t set up to include tips.

Kathmandu, Nepal
As more visitors make their way to Nepal, tipping has become more common. According to Visit Nepal, tips “should only reward good work” and visitors are encouraged to skip the tip with in-town taxi drivers and “any service person you’ve bargained with.” As for restaurants, it’s worth checking to see if the restaurant has included a 10 percent service fee in the bill. If not, Who To Tip recommends leaving 5-10 percent for good service.

Ubud, Indonesia
Tipping is not customary in Indonesia, but as visitors from around the world flock to the island-nation, tipping has become more common (but still not expected). Some restaurants include a 10 percent service charge on the bill, if not patrons can add 10 percent of their own. Taxi fare gets rounded up and porters get around $1 a bag, according to Business Insider.

Amsterdam, The Netherlands
In Amsterdam, there’s a law stating that restaurants must include a service charge in the price of the meal, which does away with all of this frustrating tipping politics. According to Amsterdam’s visitor site, most people leave a small tip (or fooi, in Dutch) of five or 10 percent for good service at a good restaurant, while snacks or coffees merit just a few coins on the table. Similarly, taxis include tips in their rates, but most people still round up.

Siem Reap, Cambodia
While tips of any size are always welcome, according to Tourism Cambodia, a dollar or two is the norm. That said, the website shares “no one will frown even if you don’t leave anything on the tray.”

Cuzco, Peru
In tourist-filled towns like Cuzco and big cities like Lima, tipping is becoming customary. According to the Only Peru Guide, it’s typical to add an extra 10-15 percent to a bill at a hotel bar like Sumaq Machu Picchu or at a high-end restaurant in Lima. You’re safe leaving a few Soles on the table at a mom and pop spot. That said, a few extra Soles can go a long way and make the difference for a struggling restaurant—if you can afford more, the tips will be truly appreciated.