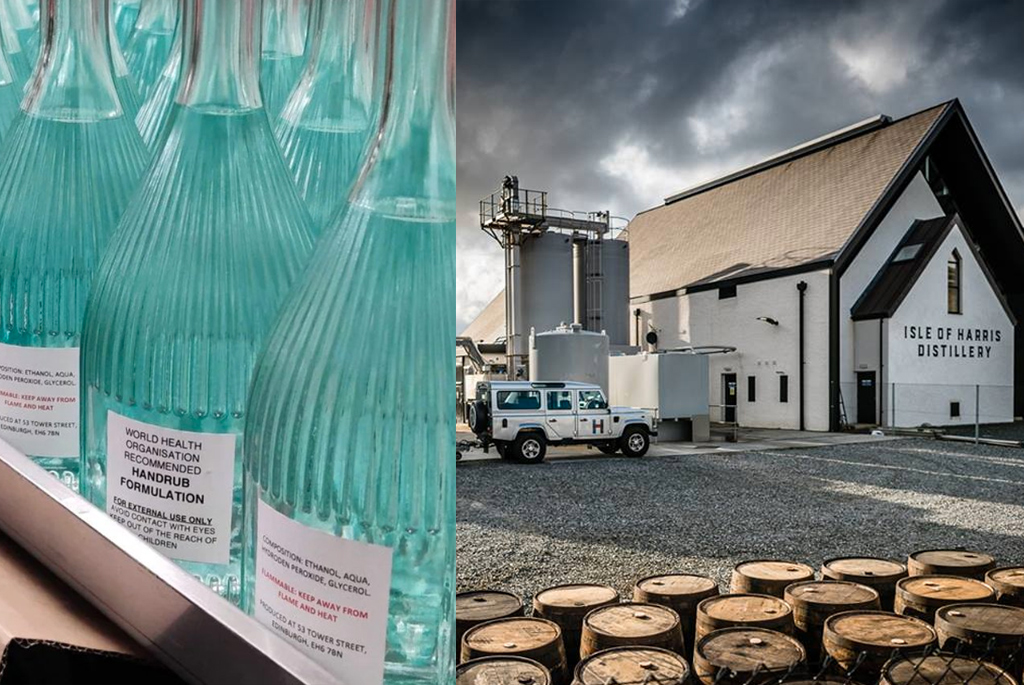 When Ian Stirling gets home from work on a typical day, his wife often complains that he stinks of gin. But these days, gone is the rich aroma of juniper and lime peel inside Port of Leith Distillery in Edinburgh, where Stirling is director. The entire factory has pivoted from making London dry gin to hand sanitizer. 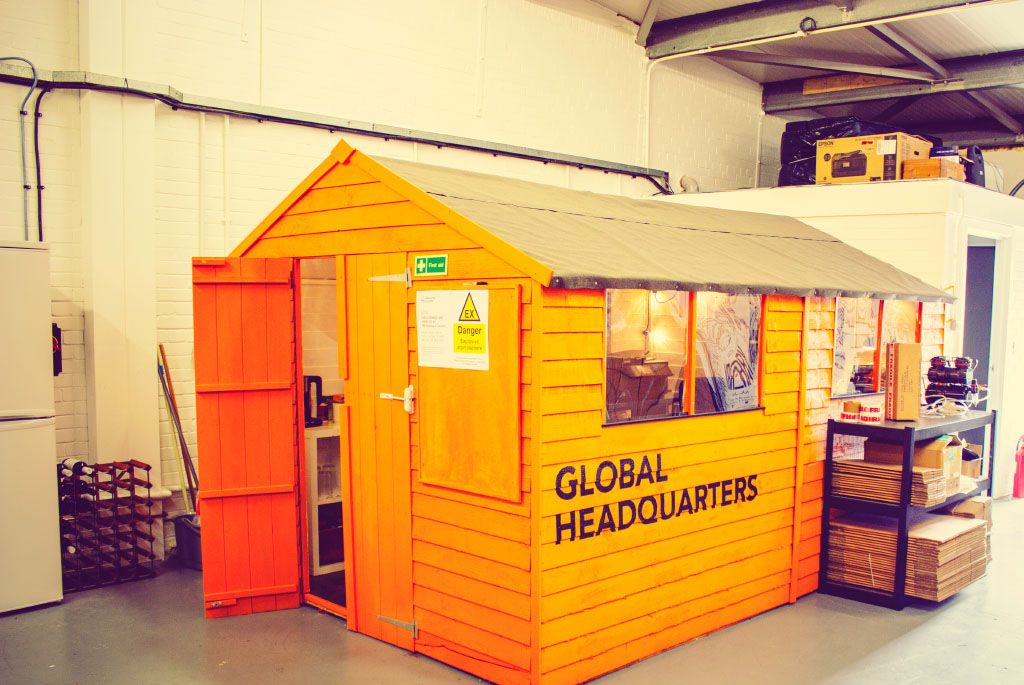 “Last week, we saw everything falling apart around us, but we realized we had one quite unique opportunity to help right now,” says Stirling. “We knew we needed to divert our abilities to making hand sanitizer.”

As with many other countries around the world, there’s an urgent need for hand sanitizer in Scotland right now. Port of Leith has heard from local medical practices, homeless shelters, elderly care homes, and police stations asking if they have hand sanitizer available, as the news reported that other manufacturers, including LVMH, were shifting production.

That’s why this week, in lieu of producing the nearly 1,500 bottles of gin they usually do, Port of Leith’s four employees are churning out hand sanitizer following a very simple recipe published by the World Health Organization. It’s made with three ingredients—96 percent ethanol, hydrogen peroxide and glycerol—and the final product is 70 percent alcohol (the CDC recommends using hand sanitizers that contain at least 60 percent alcohol to kill germs). Port of Leith is supplying the sanitizer mostly free of charge to the facilities mentioned above, as well as funeral parlors, but private companies who can afford to pay are covering their costs, which is about $3.25 for a 24-ounce bottle. “These are places that aren’t first in the queue when the government or [the National Health Service, the U.K.’s publicly funded healthcare system] is handing out supplies, so that’s why they’ve come to us,” Stirling explains.

The actual production shift was easy, but what’s been challenging—until now—was the distillery’s taxation liability. In the U.K., pure alcohol has a tax of about 28 pounds per liter. “In theory, [making hand sanitizer] could be insanely expensive [for the producer],” says Stirling. However, on March 23, U.K. tax authorities waived duty on the product, making it possible for Port of Leith to absorb the relatively small cost of production and quickly make sanitizer for those who need it.

Because they don’t have pump bottles on hand, Stirling says they’re filling their glass gin bottles with sanitizer so recipients such as medical staff can refill their own dispensers from them as needed. “Quite luxurious packaging for hand sanitizer,” he adds. 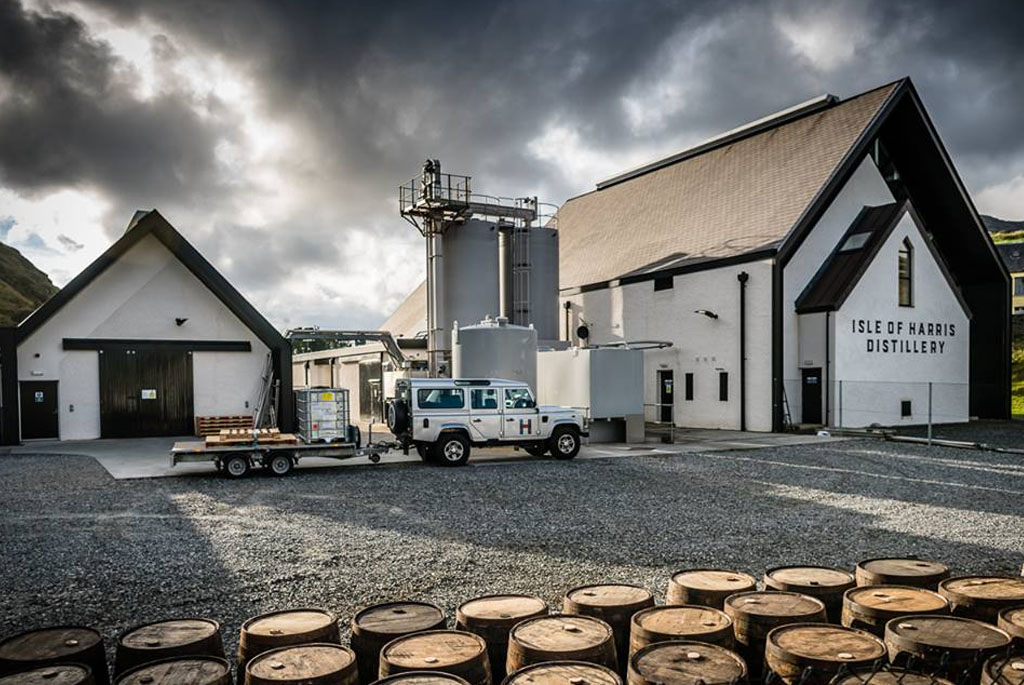 Port of Leith is among many distilleries in Scotland, large and small, that are stepping up to help. Deeside Distillery in Aberdeenshire, for example, is producing hand sanitizer for local schools and food banks; Isle of Harris Gin has partnered with local makers like Essence of Harris and A.S Apothecary to produce and donate hand sanitizer to local care homes and NHS workers (it’s also for sale online); and Verdant Spirits, the first distillery to open in the city of Dundee in nearly 200 years, has also switched over its production. Some U.S. distilleries are following suit, like Chicago’s Koval and Kentucky’s Lexington Brewing & Distilling Co. 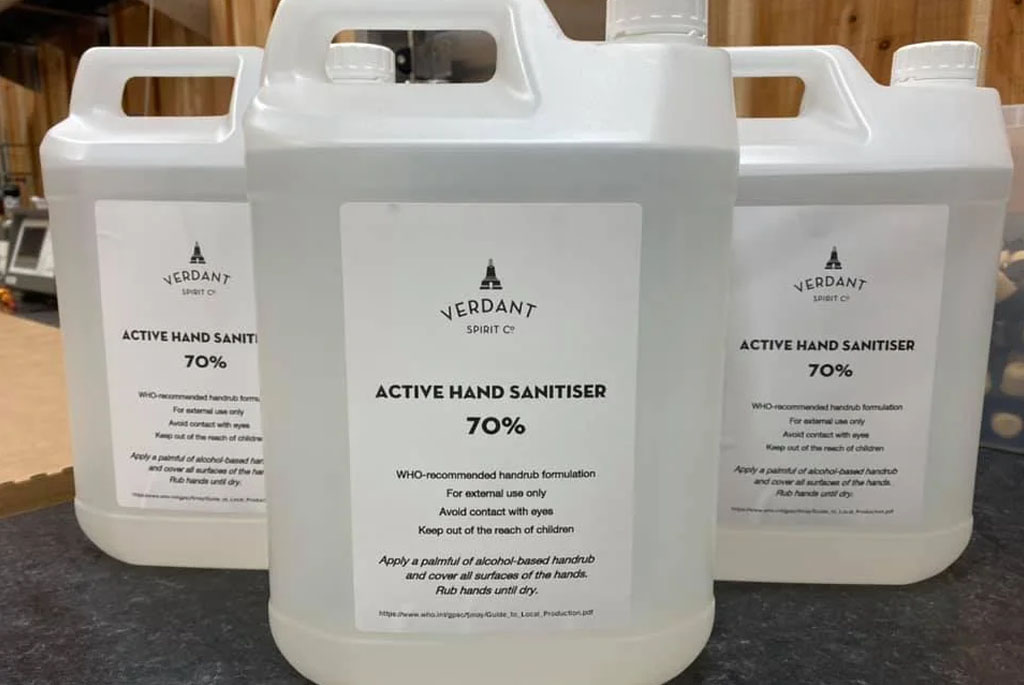 “We’re a tiny, tiny cog in an emergency economy,” says Stirling. “We’re fortunate that we can do something to help and give ourselves something to keep busy with—but it’s nothing in comparison to the workers on the front lines.” 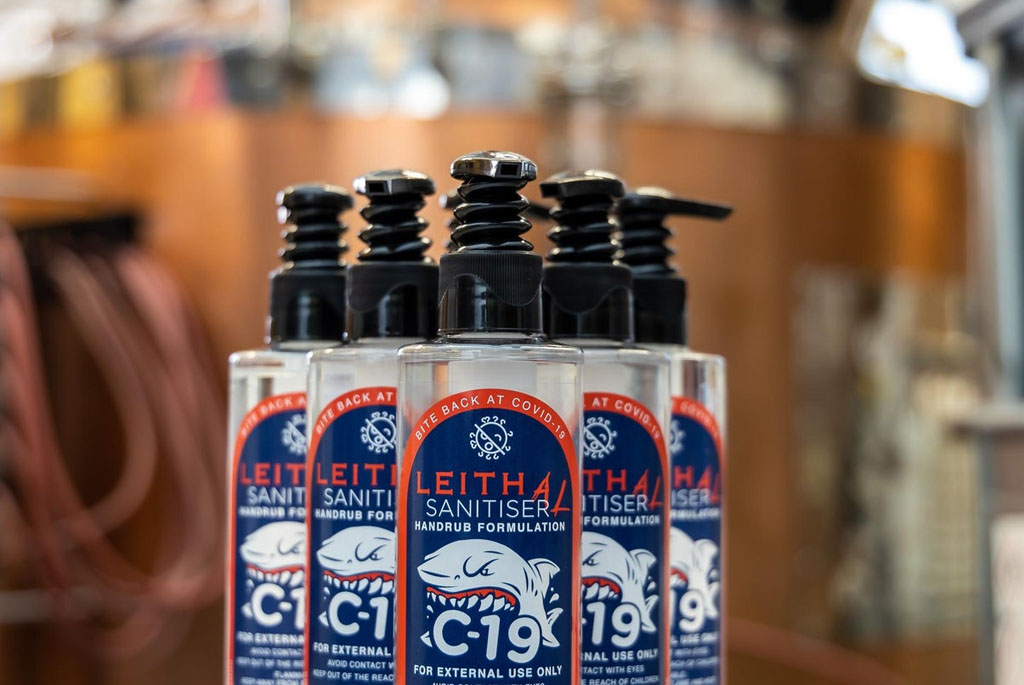 Though gin production has halted at Port of Leith, Stirling says they have “a good backlog” that will last a while—so customers can keep buying their gin at supermarkets and online. When restaurants, pubs, and clubs in the U.K. were ordered to shut down last weekend, Port of Leith’s Lind & Lime gin shot up to No. 5 on Master of Malt, a popular online alcohol retailer in the U.K. “People want to have a drink in the good times,” says Stirling, “but also in the bad times.” 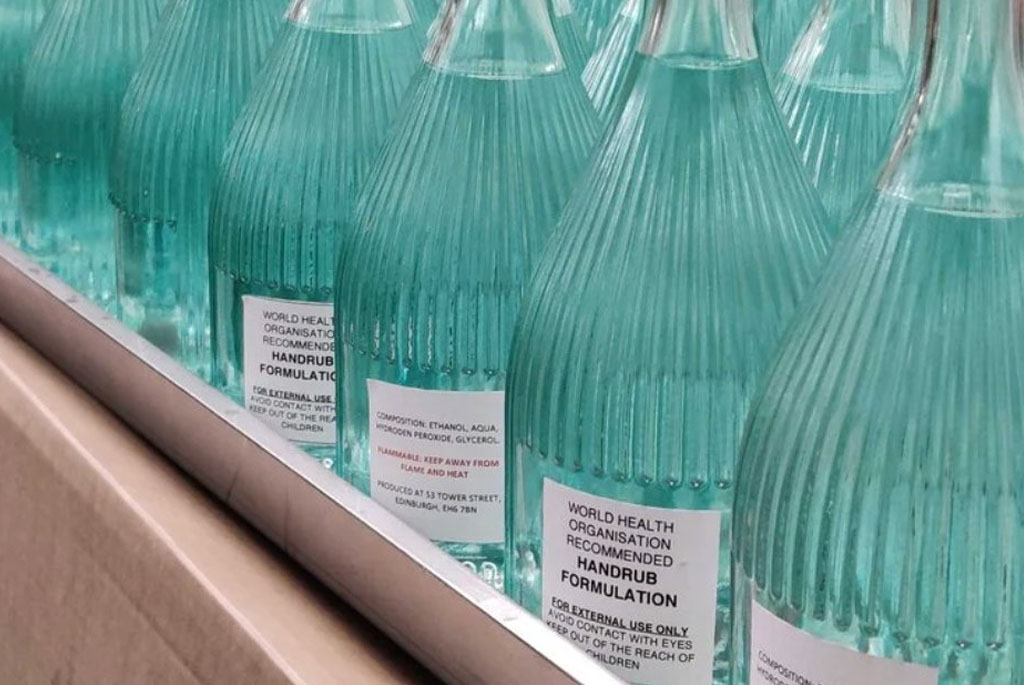 Around the distillery, life in Edinburgh has slowed nearly to a stop. On March 23, U.K. Prime Minister Boris Johnson ordered police to enforce a coronavirus lockdown, with a ban on gatherings of more than two people and strict limits on outdoor exercise. The quiet streets are bizarre for such a busy city, but Stirling says there’s also a peace to it.

“None of us really know what the next few months hold, but my hope is just that [our businesses] will survive this,” says Stirling. “Right now, the distilleries are doing what needs to be done.”