When they collide, which will prevail?

As it turns out, it’s no contest. A reader writes about what played out at this year’s Carnaval: We doubt that the same joie de vivre is possible in a TSA-sanctioned environment.

This video touches on two of your themes: airport security and cross-cultural differences. It’s a bloco, or parade dance party, at Santos Dumont the city airport for Rio de Janeiro. Minute 1:30 to 2:00 has the best sambaing. 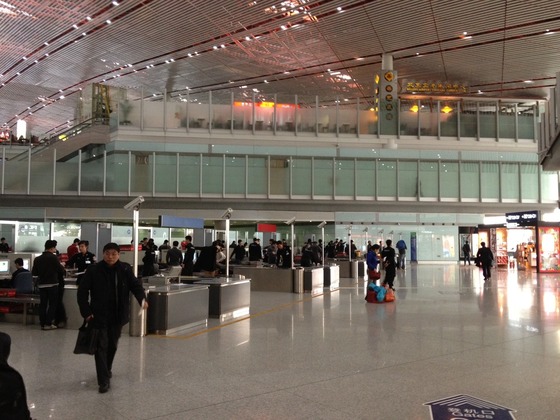 Passengers are entering the screening queue from the left of the scene above and passing through metal detectors there. Then they head toward their planes (including the man walking toward the camera at the left).

A reader who travels very frequently in and out of China’s main airports was in Beijing Capital airport today. He sends a shot of the security line a few hours ago at what is now the second-busiest airport in the world.

“Greetings from Beijing Airport! Last year I sent you a photo of the TSA equivalent and it’s still so much better than TSA! You could say in software terms it’s a much better UX! [User Experience.] Every time! ”

What’s your experience? We would love to know.

Original Article: theatlantic.com – James Fallows is a national correspondent for The Atlantic and has written for the magazine since the late 1970s. He has reported extensively from outside the United States, and once worked as President Carter’s chief speechwriter. His latest book, China Airborne, will be published in May.